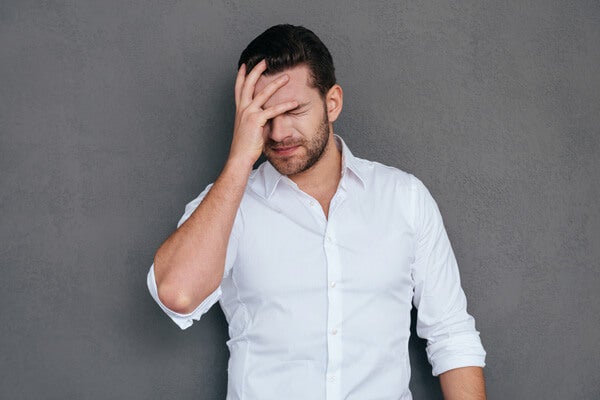 When it comes to attacks on your religious freedom by extremists, the ridiculous is becoming normal.

For example, First Liberty Institute is defending a lay minister who was fired from his job as a top-ranked public health official.

Why was he fired? Because government bureaucrats didn’t like the content of the sermons he preached at a church. Even though he was a recognized and innovative leader—he served as an advisor to the Obama administration and helped establish one of the first dental clinics for HIV-positive citizens in Southern California—and never pushed his beliefs at work, politically correct bureaucrats divvied up his sermons, archived online, for ideological inspection.

Please let that sink in. A public official was terminated because of what he taught in the privacy of his church.

Not in China. Not in Iran. But in America.

Not long ago this would have been considered ridiculous, even laughable. But today it’s deadly serious. We’re living in an age when the “ridiculous” is becoming normal when it comes to religious liberty. And that’s why we’ve got to fight with every legal tool at our disposal, and every resource we can muster.

This hit home again as I was sitting in the U.S. Supreme Court chambers recently. I was invited to attend oral arguments in the critical case of Zubik v. Burwell on March 23.

I can sum up the entire nature of the Zubik case in one sentence: The United States government is trying to force Catholic nuns to help fund abortion.

Can you imagine anything more absurd? The nuns—a charitable order called “Little Sisters of the Poor”—are facing the same battles as First Liberty’s religious ministry clients against the Obama administration.

Like the nuns, our clients are being ordered to participate in Obamacare insurance that facilitates abortion and which violates their religious beliefs. Their refusal triggers fines that will restrict or even cripple their work.

But do you want to know something even more absurd?

Quite possibly, the nuns will lose. Justice Antonin Scalia’s recent passing created a complex situation in which a tie on the Supreme Court (a very possible outcome) will mean that lower court rulings in a ministry’s locality are upheld. The Little Sisters lost in their lower court. So the outcome, not just for the nuns, but for the future of religious liberty in America, is far from certain.

Many people ask me, “What’s the reason for this alarming onrush of hostility?”

My answer: Powerful elements of our culture—the news media, entertainment, educational institutions, and sectors of the government—have created a class of leaders who believe religion is bad for America.

They’ve seized positions of authority, and are using the legal arena to conduct a campaign of hostility to religion and your religious freedoms.

This isn’t just speculation. Our annual survey, Undeniable: A Survey of Hostility to Religion in America, found more than 1,200 cases of hostility in the 2016 edition, an increase from around 600 in 2012.

And recently, a noted sociologist, Professor George Yancey, did extensive research into the roots of American hostility to religion (particularly Christianity). He found what he called an “irrational” hatred toward traditional Christian beliefs among those with higher educational degrees and privileged positions in society.

In fact, he found that those with the highest degree of animosity toward traditional religion were those with the most money, education, and power to turn that irrational hatred into action in the legal arena.

“BRING BACK THE LIONS”

His book title, So Many Christians, So Few Lions, was actually a typical quote from a survey respondent with a graduate degree!

People with Christian beliefs were regularly considered “the enemy” by those responding to the survey. Typical responses from those with higher education included these:

“I wish we could bring back the lions again, or burn them at the stake.”

“Kill them all, and let their god sort them out.”

“I abhor them and wish we could do away with them.”

Yancey was shocked to find page after page of such venom. He wrote, “Many of these comments are clearly hyperbole. We do not actually believe that all of the above respondents want to see Christians die. But these comments are disturbing nonetheless. It is clear that anti-Christian hostility exists.”

But let me give you some hope in this age when the ridiculous is now normal.

First Liberty is growing and succeeding in protecting more people of faith. Our legal matters have grown from 89 in 2010 to more than 500 in 2015.

We are still winning more than 90 percent. And we’re coming off our most high-impact year-and-a half ever. We’ve won key victories, such as exonerating Chaplain Wes Modder of the U.S. Navy, saving the Mt. Soledad Veterans Memorial Cross in San Diego after a long battle with the ACLU, keeping “Under God” in the Pledge of Allegiance against a humanist lawsuit, saving school Bible clubs.

Second, we currently have major cases with the potential to strengthen religious liberty for all Americans and perhaps set U.S. Supreme Court precedents.

And the case of the fired health official I mentioned earlier?

It exploded in the media the week we filed a lawsuit against his employer. This helped us continue to win the “publicity war” in favor of protecting religious freedom.

The battle is intensifying. But when we stand in the legal arena, we continue to win.

Kelly Shackelford, Esq., is president and CEO of First Liberty Institute, the largest legal firm in the nation dedicated exclusively to protecting religious freedom for all Americans.