Oregon Court of Appeals will hear the Klein case on March 2; press conference will be held immediately following hearing

WHAT: Aaron and Melissa Klein owned and operated a family bakery, Sweet Cakes by Melissa, in Gresham, Oregon. In 2013, a woman asked the Kleins to make a cake for her same-sex wedding. Aaron and Melissa had served the woman before, but as devout Christians, they believed that participating in the wedding would violate their faith, so they declined to design and create a custom cake for the wedding. The Oregon Bureau of Labor and Industries (BOLI) punished the Kleins with a $135,000 penalty and placed a gag order on them, forbidding them from discussing aspects of their faith in public. As a result, the Kleins were forced to shut down their bakery. The Kleins appealed the BOLI ruling in April 2016. A hearing on the Kleins case will be held before the Oregon Court of Appeals on March 2. A press conference will be held immediately following the hearing.

WHO: Aaron and Melissa Klein, the owners of Sweet Cakes by Melissa, and their legal counsel Hiram Sasser, Deputy Chief Counsel for First Liberty Institute, will speak at the press conference

WHEN: The hearing will be held on Thursday, March 2, 2017 at 1:30 pm PT before the Oregon Court of Appeals in the Oregon Supreme Court Courtroom. A press conference will be held immediately following the hearing. 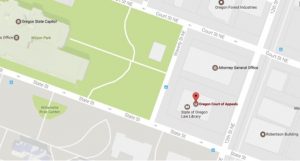 Read more and view legal documents and photos at KleinFacts.com

First Liberty Institute is the largest legal organization in the nation dedicated exclusively to defending religious freedom for all Americans. Read more at FirstLiberty.org