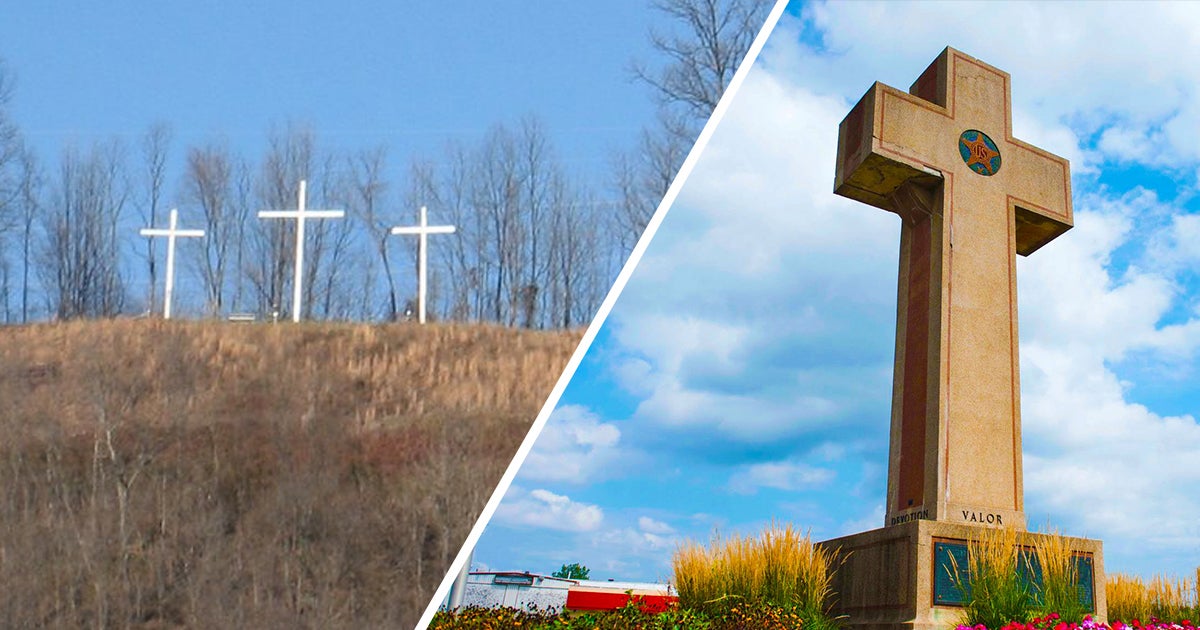 The Freedom From Religion Foundation (FFRF) is infamous for harassing cities and local governments anytime there’s a religious symbol on public property. They often stir up trouble and controversies where they don’t exist.

Recently, FFRF sent a complaint to officials in Elizabethton, Tennessee, arguing that three crosses displayed on Lynn Mountain—which is city property—violate the First Amendment’s Establishment Clause. They demanded the crosses be removed.

But the FFRF’s demands were met with staunch opposition from the local community. Residents spoke out and staged marches expressing they want the crosses to stay. A local church, Hunter Memorial Baptist, offered to build and distribute four-foot tall wooden crosses for people to place in their yards as a way of showing their support.

The crosses have been a part of Elizabethton’s history for decades. According to two residents—James Bradshaw and Ralph Bowers Jr.—it’s a story of brotherhood, teamwork and faith. As part of a church project, they built and placed the crosses in 1953 when they were young boys. The location was suggested by their Sunday School teacher.

“Back in World War Two, the older women used to walk up there on top of the hill and pray for their sons and husbands that were overseas. They always called that a hallowed spot up there and someone suggested that’s where we put the crosses.”

Bowers shared why the crosses are not just significant to him, but also to the whole community:

“Not only are they personal for me, but for almost 70 years, those crosses have been a part of Carter County history. They are an example of how deep the faith of this community is. The cross acts as a beacon to thousands throughout the years, serving as a beautiful reminder of God’s love every day. Who knew a small group of young boys just trying to share their faith would become such a testament to this entire town?”

Elizabethton’s residents were not alone. First Liberty stepped in and offered our help. We wrote to city leaders letting them know we would represent and defend them against this outrageous attack. We made it clear that the law and U.S. Supreme Court precedent protect religious displays that are part of our country’s history and traditions. 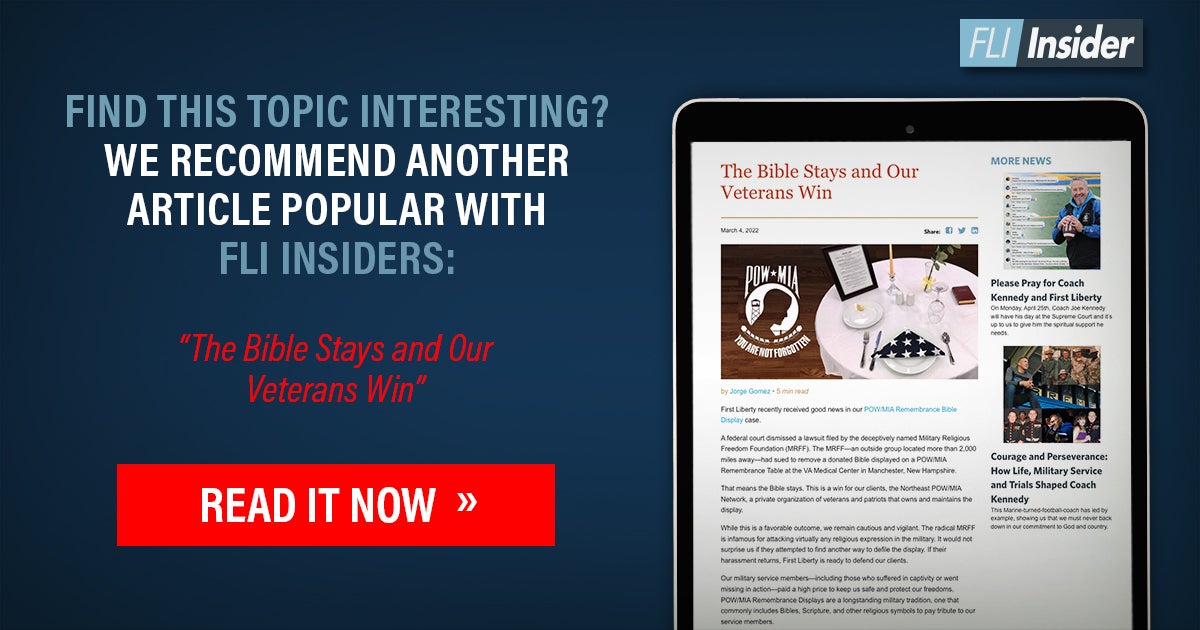 In particular, we pointed to our landmark Supreme Court victory, The American Legion v. American Humanist Association (2019). Also known as the Bladensburg Peace Cross case, the Court declared constitutional a 40-foot cross on government property in Maryland that was built to honor 49 WWI heroes. Not only did it stop the destruction of this one memorial, the precedent set by this ruling states that many public religious displays should be seen as “presumptively constitutional.”

“Under American Legion, longstanding monuments, symbols, and practices with religious content or associations are presumed constitutional. Even the mere passage of time can give rise to this strong presumption of constitutionality. This is true of any symbol or practice or display that takes on the religious characteristics of any belief, whether it’s the Jewish American war veterans memorial, or a memorial to those of the Muslim faith, or a memorial to those of the Buddhist faith.”

The good news is that the city appears to have listened to reason, instead of caving to the unfounded claims of FFRF. Elizabethton’s City Attorney recently stated:

“I agree with the U.S. Supreme Court decision in American Legion which held that ‘long standing monuments, symbols, and practices’ with ‘religious associations’ have a ‘presumption of constitutionality’…As such, it is my opinion as City Attorney of the City of Elizabethton that the three crosses can remain on Lynn Mountain on City owned property as they are a long standing monument in the City of Elizabethton, they have a presumption of constitutionality and they do not violate the Separation of Church and State.”

Thanks to the Bladensburg Peace Cross ruling, the Elizabethton crosses are protected and don’t have to be removed.

This, of course, is just the latest in many wins over the last several years. The Bladensburg decision helped protect religious symbols and expressions of faith nationwide. A handful of those victories include:

One thing is clear in the years following the Bladensburg decision: Americans are enjoying more religious freedom than they’ve had in decades.

This historic ruling didn’t just prevent the destruction of one cross-shaped monument in Maryland. It ushered in a new era for our First Freedom. The fruit of this Supreme Court victory is multiplied across the country whenever a religious display comes under attack. No longer can offended observers force governments to scrub all public references to the divine. Those days are over.