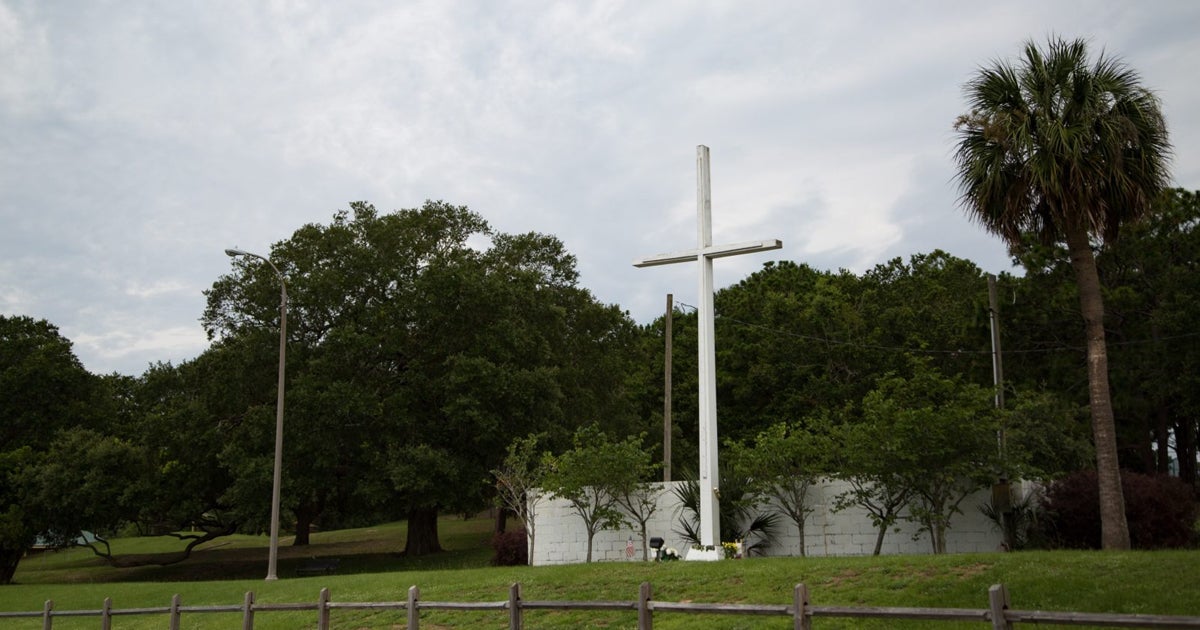 Thanks to First Liberty’s landmark victory at the Supreme Court in our Bladensburg Memorial case, we continue to make more history together. Right now, there’s an incredible reclamation of religious freedom taking place because of the ripple effect that the Bladensburg ruling is having in judicial opinions nationwide.

Most recently, the U.S. Court of Appeals for the Eleventh Circuit issued a decision upholding the constitutionality of the Bayview Cross in Pensacola, FL in light of last year’s precedent-setting ruling in The American Legion v. AHA.

The 78-year-old cross was built in the Pensacola, Florida’s Bayview Park just prior to the start of WWII. It has served as a community gathering point ever since.

As many of you will recall, First Liberty Institute successfully argued at the nation’s highest court to keep the Bladensburg Memorial standing in honor of 49 fallen World War I heroes from Prince Georges County, MD. That historic triumph also changed years of bad judicial precedent, doing away with the legal tests (such as the much-maligned Lemon test) many courts had used to declare many religious displays unconstitutional.

For present purposes, perhaps American Legion’s clearest message is this: Lemon is dead…

Beyond the Eleventh Circuit, courts across the nation are also making use of the “history and tradition” test from our victory, a test that’s more in line with the original text of the Constitution when evaluating cases related to religious symbols in the public square.

Let’s quickly revisit several cases in which religious liberty won the day thanks to the critical precedent set forth in Bladensburg.

Do you want to own a piece of history?

Today, you can receive our exclusive 1.75-inch, antique silver-plated coin designed with several features that bring to life various important milestones in the Bladensburg case.

Get your Bladensburg Commemorative Coin today!

Shortly after the Bladensburg decision was handed down, First Liberty’s legal team stepped in to advise city officials in Tega Cay, SC of what the Supreme Court had said and assured them they could restore a stone memorial with Biblical references in front of the city’s new police station.

Additionally, First Liberty’s legal team cited the Bladensburg ruling when it sent a letter to VA Secretary Robert Wilkie urging him to issue a policy to allow all VA facilities to include a Bible in POW/MIA remembrance displays.

The VA granted our request and updated its policies to permit religious literature, symbols and displays across facilities nationwide. When the VA announced its new rules, it referenced the Bladensburg decision:

These first couple of victories were followed by a decision from the U.S. Court of Appeals for the Third Circuit upholding the constitutionality of a seal in Lehigh County, Pennsylvania that includes religious symbolism.

Last year, our legal team filed a friend-of-the-court brief at the Third Circuit in the Lehigh County case. We argued that there is a longstanding tradition in the United States of referencing religion in the seals, flags, and names of cities and communities. That tradition, which dates back to our nation’s Founding, means that Lehigh County’s seal and flag fit squarely with our historic practices and are permissible under the U.S. Constitution.

Similarly, the Third Circuit relied on the Bladensburg precedent when it issued another ruling upholding the constitutionality of a legislative prayer policy enacted by the Pennsylvania House of Representatives.

The 2-1 decision stated that the First Amendment protects the state legislature’s right to have opening prayers for legislative sessions offered only by guest chaplains who believe in God, or a divine or higher power. In writing the majority opinion, Circuit Judge Thomas Ambro cited examples of Congress and state legislatures from across the country, which have approved and made specific use of theistic religious expressions as part of legislative invocations since the early days of the American republic.

Because you stood strong with us to fight—and win—the Bladensburg case at Supreme Court, the days of governments roaming the land to scrub all public symbols of faith are over.

In the video below, two of our attorneys (Roger Byron, First Liberty’s Senior Counsel and Chris DiPompeo from the elite law firm Jones Day) take a moment to express their gratitude to you:

Today, our victory is helping usher in a new era for our first freedom, when Americans no longer have to fear living out their faith in the public square.

Not everyone gets to make history, but as a loyal First Liberty supporter—you get to be a part of unique moments for our country.

Because you give to First Liberty, you’re coming onboard with some of the best lawyers in America—and you’re eventually going to find yourself standing with us at the U.S. Supreme Court to make more history together.