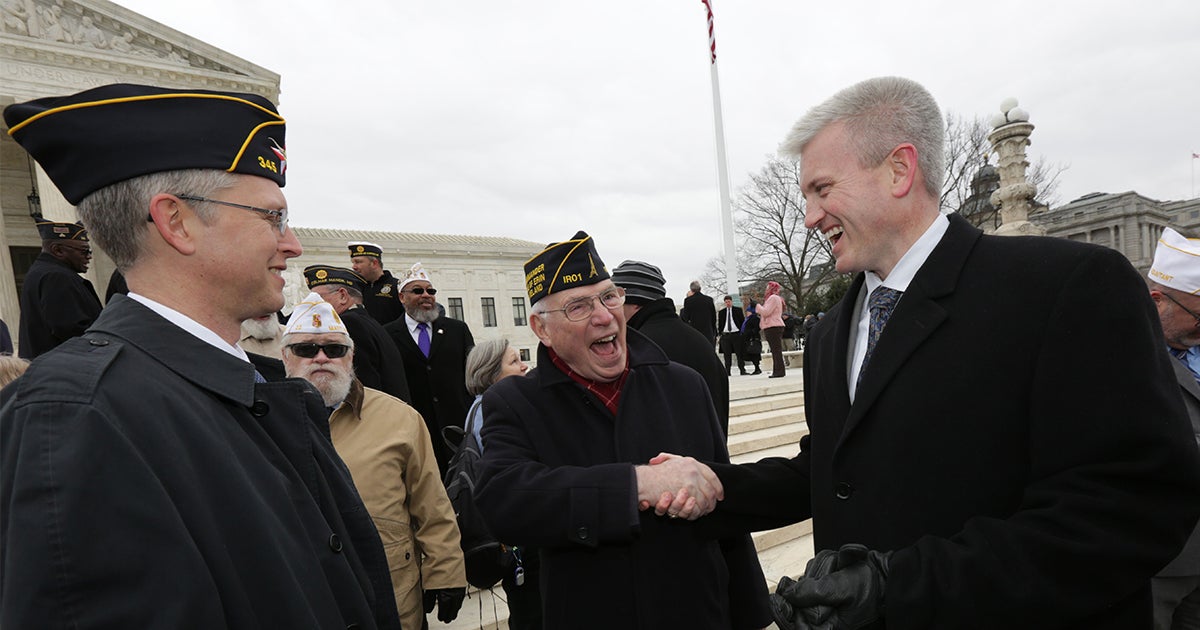 This October, the U.S. Supreme Court began its term with the largest conservative majority in nearly a century. And with several hot-button cases on the docket—including abortion, gun rights and religious freedom—it’s clear the stakes are at an all-time high.

Looking at the Court’s composition and the cases it’s reviewing, it’s no surprise why people of faith in America expect this could be a pivotal term for religious liberty.

However, religious and conservative Americans were left with a feeling of disappointment in recent weeks by some of the Court’s responses and its handling of several cases. For example, after oral argument on a Texas abortion case, there was panic about members of the Court’s conservative majority going “soft” on this critical issue. The Court’s opinion has yet to be published but many are already asking:

Can we still count on the Supreme Court to defend our freedom?

While some called these “setbacks,” people of faith must not lose sight of the bigger picture. Religious freedom has been on an incredible winning streak at the Supreme Court in recent years, and there are many reasons to have hope for victory in future cases.

Recent Supreme Court Cases Are No Reason to Panic

On Nov. 1st, the Court heard United States v. Texas. The Biden administration is suing to stop the Texas Heartbeat Act, a state law banning abortions after a heartbeat is detected, usually at six weeks of pregnancy. Additionally, instead of government enforcement of that abortion restriction, the law allows private citizens to sue those who perform abortions.

During oral argument, Justices Amy Coney Barrett and Brett Kavanaugh raised questions and concerns about the way the law was written, worrying many conservative Americans about how these justices could vote on this case.

But keep this in mind: The Court did not focus on the merits of the Texas abortion ban itself, but on a procedural question of whether the Department of Justice can sue and obtain a court order that would effectively halt the law from being enforced.

Additionally, look at the Supreme Court response in Diocese of Albany v. Emami, which it issued the same day it heard oral argument on the Texas abortion case.

The Court ordered New York’s top court to reconsider its ruling against a coalition of religious charities that challenged the state’s mandate that employers must cover abortions in employee health insurance plans. That case was sent back to the lower courts to be reconsidered in light of the Court’s decision in Fulton v. Philadelphia (2021), a ruling affirming that government cannot discriminate against faith-based social services providers, because doing so violates the Constitution. That response was very favorable to religious freedom.

United States v. Texas isn’t the only abortion case the Court has agreed to hear this term. On Dec. 1st, the Court will hear oral argument in Dobbs v. Jackson, involving a Mississippi law that bans abortions when a heartbeat is detected. The latter case is argued to present the Court with the historic opportunity to review and possibly overturn Roe v. Wade.

More broadly, do not lose sight of how significant it is that the Supreme Court that is reviewing gun control and abortion cases. It suggests that the Court’s conservative majority, instead of shying away, is willing to address these critical issues. 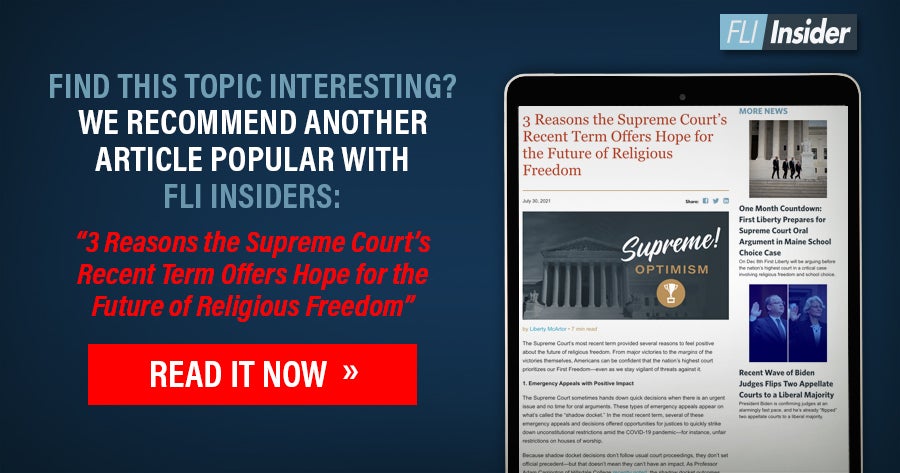 Big Gains Could Be Coming for Religious Liberty

A recent study from Washington University in St. Louis and the University of Chicago noted religious liberty is on an extraordinary winning streak at the nation’s highest court. Since 1953, the Court has ruled in favor of religion fifty-eight percent (58%) of the time. That’s nearly three (3) in every five (5) cases involving religion that had a pro-religious freedom outcome.

When reviewing this data, it’s almost impossible to overlook the influence conservative justices have had on religious liberty cases in recent decades.

Conservative justices from 1953 to 2005 (during the Warren, Burger and Rehnquist courts) ruled in favor of religion approximately fifty-six percent (56%) of the time. Compare that to conservative justices during Chief Justice Roberts’ tenure (2005 – present), who ruled in favor of religion eighty-four percent (84%) of the time. From this data, perhaps the biggest takeaway is this: The five most pro-religious freedom justices all sit on the Supreme Court right now.

Additionally, consider that First Liberty has won four (4) religious freedom cases at the U.S. Supreme Court in just the past four years. These wins include our victories on behalf of:

Below is a rundown of three key First Liberty cases pending with the Court this term:

A conservative majority doesn’t necessarily guarantee a favorable outcome in these cases. But Americans should have a sense of optimism when the nation’s highest court is comprised of judges who understand their constitutional duty is to interpret the law, not to legislate from the bench.

Plus, the incredible winning streak of victories for religious freedom should give people of all faiths great hope that the Supreme Court remains—and will continue to be—a reliable protector of our constitutional rights and liberties.