Annual survey of hostility to religion finds over 1,400 incidents, a 15% increase in the last year and 133% increase over five years. 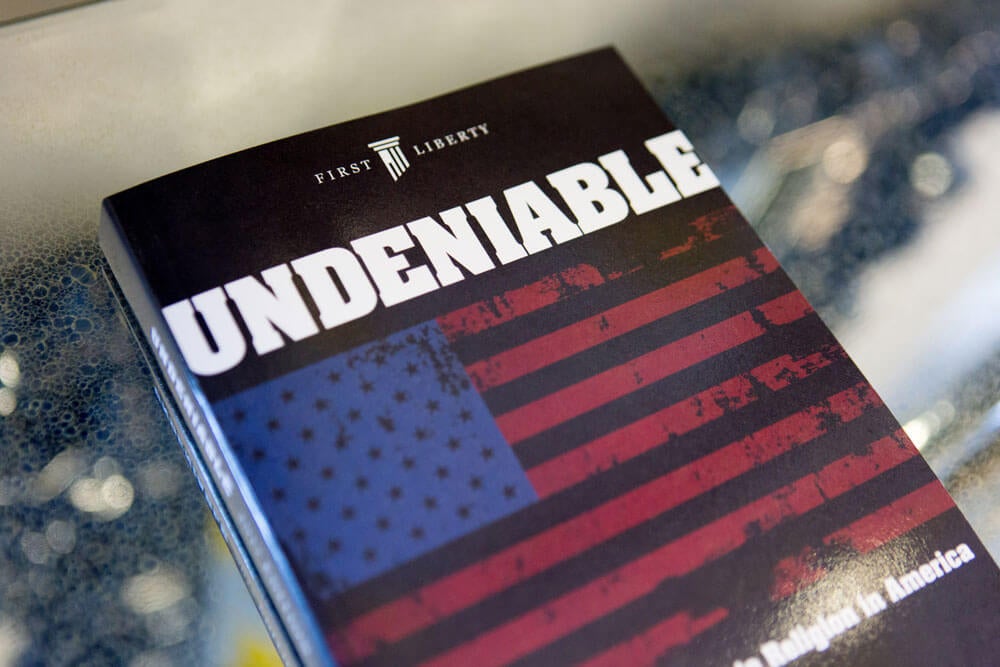 This week, First Liberty Institute officially launched the 2017 edition of UNDENIABLE: The Survey of Hostility to Religion in America. Copies of the 2017 edition are being delivered to President Donald Trump, Vice President Mike Pence and all members of Congress.

The media conference included First Liberty client Alexia Palma whose case is featured in UNDENIABLE. This year’s edition documents over 1,400 instances of hostility to religion.

Watch a replay of the Facebook live event below:

A comprehensive survey researched and published by First Liberty each year, UNDENIABLE documents the increasing hostility to religion and free religious exercise in America.

This edition now includes over 1,400 incidents of religious hostility. Though the survey is cumulative and includes cases from previous years, this makes for an approximately 15% increase in the total number of cases since the 2016 edition and a 133% increase since the survey was first published five years ago.

“Thought leaders across the country use UNDENIABLE as a way to understand what’s happening,” said Dys. “It may be a lawmaker at the federal or state level, or journalists who want to get more information.”

Shackelford said, “People often go through UNDENIABLE and see short, documented descriptions of case after case after case, and say, ‘I had no idea.’ And these constitute only the tip of the iceberg—the ones that made the legal dockets, newspaper, or some source we could find and verify.”

“There’s a real battle for the future of our country for our kids and grandkids,” he said. “And UNDENIABLE is a demonstration of that battle. It shows what’s at stake as you read the stories from all over the country.”

Two of those stories are Alexia Palma and Rabbi Rich. 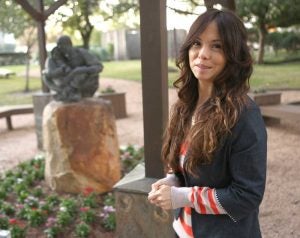 Alexia Palma, a Catholic immigrant from Guatemala, was fired from her job as a health educator in Houston, Texas, after she refused to “put aside” her beliefs about birth control.

“In the meeting, they basically told me I must violate my faith or lose my job,” Alexia explained. In May 2017, First Liberty announced an amicable settlement with her former employer. Read her story on page 77 of UNDENIABLE. 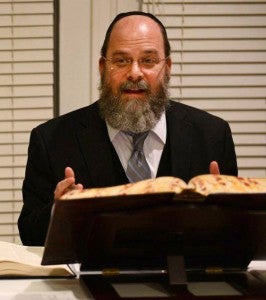 Rabbi Rich’s small Orthodox Jewish congregation, Toras Chaim, faced the potential loss of their meeting place after a disgruntled neighbor filed a lawsuit challenging the synagogue’s ability to meet in a home.

“I never imagined that in America someone would try to shut down a small synagogue,” Rabbi Rich said. Read his story on page 357 of UNDENIABLE.

The idea for a survey like UNDENIABLE originated from a letter after a 2004 Senate hearing regarding religious discrimination in which First Liberty clients testified.

Senators Edward Kennedy and John Cornyn wrote Shackelford after the hearing, asking whether religious discrimination was comprised of isolated incidents or was, instead, pervasive. At that time, First Liberty began to compile data that would later emerge as UNDENIABLE.

Each of the more than 1,400 incidents listed in UNDENIABLE is documented by a court case, a news report, First Liberty’s website, the sites of similar organizations and opposing groups, or another form of citation.

UNDENIABLE is not alone in its findings regarding religious hostility. International Christian Concern (ICC), a global watchdog group that monitors prevalent types of religious persecution, included America for the first time in its yearly “Hall of Shame” report published in January 2017.

In addition, noted sociologist Dr. George Yancey and his team of researchers explored the roots of American hostility to religion. In his book So Many Christians, So Few Lions, Dr. Yancey reported that he had found a prevalent and “irrational” animus against religious freedom among those with advanced degrees and powerful positions in the culture.

UNDENIABLE chronicles instances of hostility to all religions, and both of these sources are consistent with the message of UNDENIABLE: hostility to free religious exercise is on the rise.

HOW AMERICANS CAN FIGHT BACK

While hostility to free religious exercise is a growing problem in America today, the law is on the side of religious liberty. Writing in the Introduction to UNDENIABLE, Shackelford stated:

“[T]he vast majority of the hostility to religion you will read about is unlawful. It succeeds only because of its own bluff and the passivity of its victims. Hostility to religion can be defeated in the culture and the legal system–but only if challenged by Americans like you.”

First Liberty is committed to defending the religious freedom of people like Alexia Palma and Rabbi Rich’s congregation, and others like them whose religious liberty rights have been violated.

As the largest legal organization in the nation dedicated exclusively to defending religious freedom for all Americans, First Liberty has seen firsthand that Americans taking a stand–coupled with excellent legal representation–often results in victories for religious freedom.