71% of Americans Don’t Know Religious Freedom is a First Amendment Right. How Do You Measure Up? 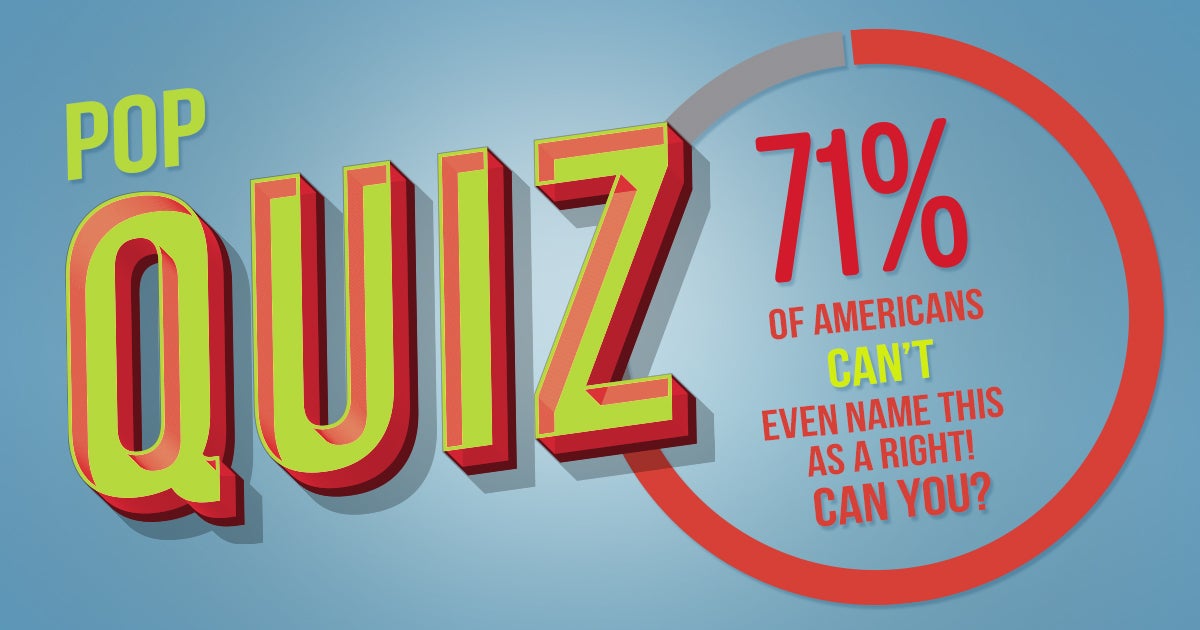 How well do YOU know the First Amendment?

Can you name all the freedoms and rights that it protects?

The Freedom Forum Institute recently released its 22nd annual State of the First Amendment Survey. Every year, the survey asks Americans how much they know about the First Amendment of the Constitution, and what they think about its everyday applications.

This year’s survey shows that Americans are actually growing in their knowledge of the First Amendment, which is good news indeed. At the same time, the survey data reveals there’s much improvement and progress that still needs to be made.

Below you’ll find five key takeaways from this most recent survey, and then you can test your own knowledge with our First Freedom Quiz!

So, how do you measure up? Do you know your First Amendment rights? Take our quiz to find out!