Thanks to a late night conference call with First Liberty attorneys, high school valedictorian Josiah Bell was able to share his heart—and his faith—during one of the most important moments of his life. 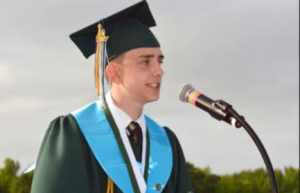 Knowledge is power, which is what Josiah Bell discovered last month just before delivering his valedictorian address at his high school graduation.

Thanks to a midnight call with First Liberty attorneys, Josiah was able to share his heart—and his faith—during one of the most important moments of his life.

A MIDNIGHT CALL FOR HELP

The day before his graduation, Josiah, a student at Pemberton Township High School in New Jersey, received troubling news. His principal told him any references to God or Jesus must be removed from his valedictorian speech.

Josiah’s Christian faith is central to his identity. He wanted to share that part of his identity with classmates, friends and family during his graduation remarks.

During the call, First Liberty attorneys Hiram Sasser and Jeremy Dys explained that per Department of Education guidelines, Josiah had every right to mention his faith in his graduation speech.

Public schools are not permitted to endorse one religion over another. But that doesn’t prevent students from holding and exercising their beliefs at school, Sasser and Dys explained.

In graduation speeches, for example, students like Josiah are expressing their personal views, not their school’s. As such, they are free to talk about their religious beliefs.

“It was such a relief to have the correct information from First Liberty,” Josiah’s father, Chris, said. “After that phone call we knew the law was on our side.” 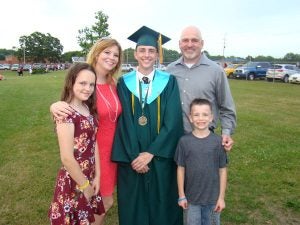 Over the next few hours, First Liberty’s information was also shared with Josiah’s school. Fortunately, school authorities were “very cooperative” and willing to work with Josiah, Tanya said.

By graduation time, Josiah was set to give his full speech—faith references included—with the full support of school authorities.

Having a firm knowledge of Josiah’s rights at school to share with his principal was “vital,” Tanya said.

More students and schools need to be aware of students’ rights regarding religious exercise and speech, she added. “The outcome would probably have been quite different had it not been for Mr. Sasser and Mr. Dys speaking with us late Thursday night,” Tanya said.

A COMMON MISTAKE—WITH AN EASY SOLUTION

“Often, school officials just aren’t aware that students are completely within their First Amendment rights to talk about their faith during graduation ceremonies,” Dys said.

“It can be as easy as a simple phone call or letter from us to correct that misunderstanding,” Dys added. “Sometimes it just takes Mom and Dad and their student learning about the First Amendment over the phone at midnight.”

But if you’re ever in a bind, don’t hesitate to contact First Liberty Institute. As Josiah can testify, First Liberty attorneys are here to protect your freedom, even if that means a midnight conference call. As the legal team is fond of saying, “Liberty never sleeps!”