Where is America in Its Voyage to the Progressive Promise Land of “Tolerance”? 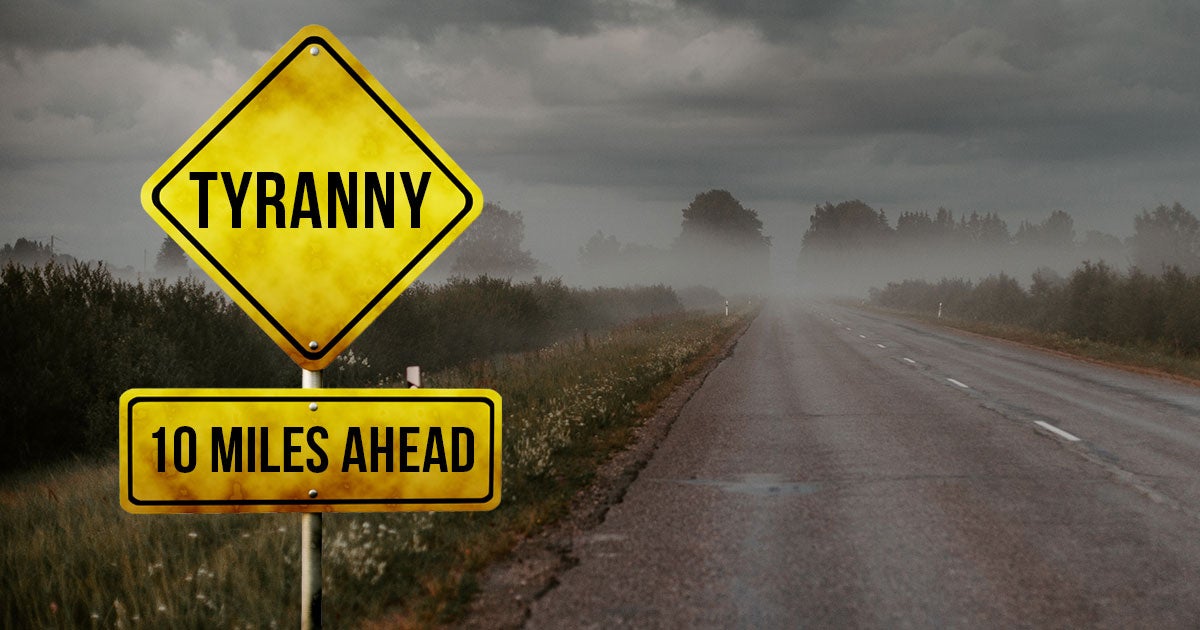 If the recent pandemic and the growing government control of churches have taught us anything, it’s that even here, in the “Land of the Free,” the road to tyranny is much shorter than we originally thought.

We discussed in a prior article how oppression often begins when the state claims that religious communities—and religious liberty—are “non-essential.” Most tyrannical regimes take a first step to eliminate the need for religious communities and the right of citizens to freely live out their faith.

And once the government takes this first step, it’s the beginning of a slippery slope toward more brazen, abusive and even violent forms of repression.

In this edition, we’re taking an in-depth look at the rising religious hostility and assaults on faith that clearly show our country has already made stops in each of the categories above.

There’s no shortage of examples of religious Americans being shunned, censored and alienated from the public sphere because of their faith.

The biggest twist of irony is that much of the social marginalization happens in colleges, universities and social media, institutions that proclaim to be forums of free expression and tolerant of diverse viewpoints.

In fact, it wasn’t long ago that First Liberty attorneys intervened to work with Facebook after the social media giant blocked Cottonwood Creek Church’s ads promoting an Easter service.

Or look at the example of a Christian student leader at the University of California, Berkeley, who was denounced with expletives and insults by classmates for three hours because she declined to support a resolution endorsing gender fluidity.

What’s more, the U.S. Supreme Court has agreed to hear an important First Amendment case (Uzuegbunam v. Preczewski) involving a Georgia Gwinnett College student who sued over the college’s restrictions on the space where he could share his faith with fellow students. The student was told by a campus police officer to stop and was charged with “disorderly conduct.”

The radical Left may often paint a picture of a progressive utopia that hears and accepts different viewpoints. However, their fake tolerance only applies to those who agree with their views. They exclude and publicly shame those whose religious convictions don’t align with the far Left’s political agenda.

Never would one think that we’d see a day when people of faith in America would be financially punished for their religious beliefs. Yet, this is exactly what’s happening across the country.

One example is First Liberty client Melissa Klein, a Christian cake-artist whose bakery was bankrupted after the state of Oregon imposed a $135,000 penalty because she declined to create a custom cake for a same-sex wedding.

Additionally, consider the five Orthodox Jewish institutions fined $15,000 each by NYC officials for having more than ten people inside their facilities.

There’s a hefty toll to pay on the road to tyranny…and religious groups, houses of worship and people of faith are often the first to shoulder the cost.

As a result of the constitutional crisis created by the recent pandemic, it appears as though criminalizing religious services has become the “new normal.”

Look at the example of California pastor John MacArthur, who was threatened with arrest and eviction from the property that this church has leased since 1975, after his congregation safely resumed in-person services.

Or, look at how police arrested multiple people in the city of Moscow, Idaho because they gathered for an outdoor church event.

Over the last several months, First Liberty successfully fought on behalf of churches in various states (Kentucky, Washington, Mississippi, New York, Texas, District of Columbia) to reclaim their right to safely resume worship services. In many of these legal battles, state or local officials made it illegal for people of faith to assemble together, and in one case a police officer even told a pastor his constitutional rights were “suspended.”

It’s true that in America we do not have the same scale of physical violence, unrest and restrictions as seen in repressive nations. However, in recent months, violent attacks against churches and defacement of religious symbols have escalated.

Multiple statues of Mary and Jesus have been defaced or beheaded, historic Catholic missions have been set ablaze in California, churches in Louisiana and Mississippi have been graffitied and burned, synagogues have been vandalized with paint on their front entrance, and a Florida man even crashed a van into a church with congregants inside.

When houses of worship become the targets of appalling attacks, destruction and blazing fires—this should be a red flag that we aren’t far away from religious oppression.

Because America was founded on the promise of religious liberty, the examples above should compel us to examine the state of our nation: Has America already made the critical stops on the road to tyranny, and is this an indication that we’re just a few, short miles away from turning the corner to full-scale oppression?